Saint Jean de Luz has a story like a storybook. In 1660, Louis XIV (know as the sun king) married the Spanish princess Marie Therese. At this time, Saint Jean de Luz counted 2,000 sailors. Whalers as well as corsairs brought a lot of wealth to the city.

On the market days Tuesdays and Fridays morning is a great atmosphere around the market hall. The market hall itself has every morning and convinces with great scents, products from the region (cheese, ham, typical dishes, etc.) and a great fish counter. 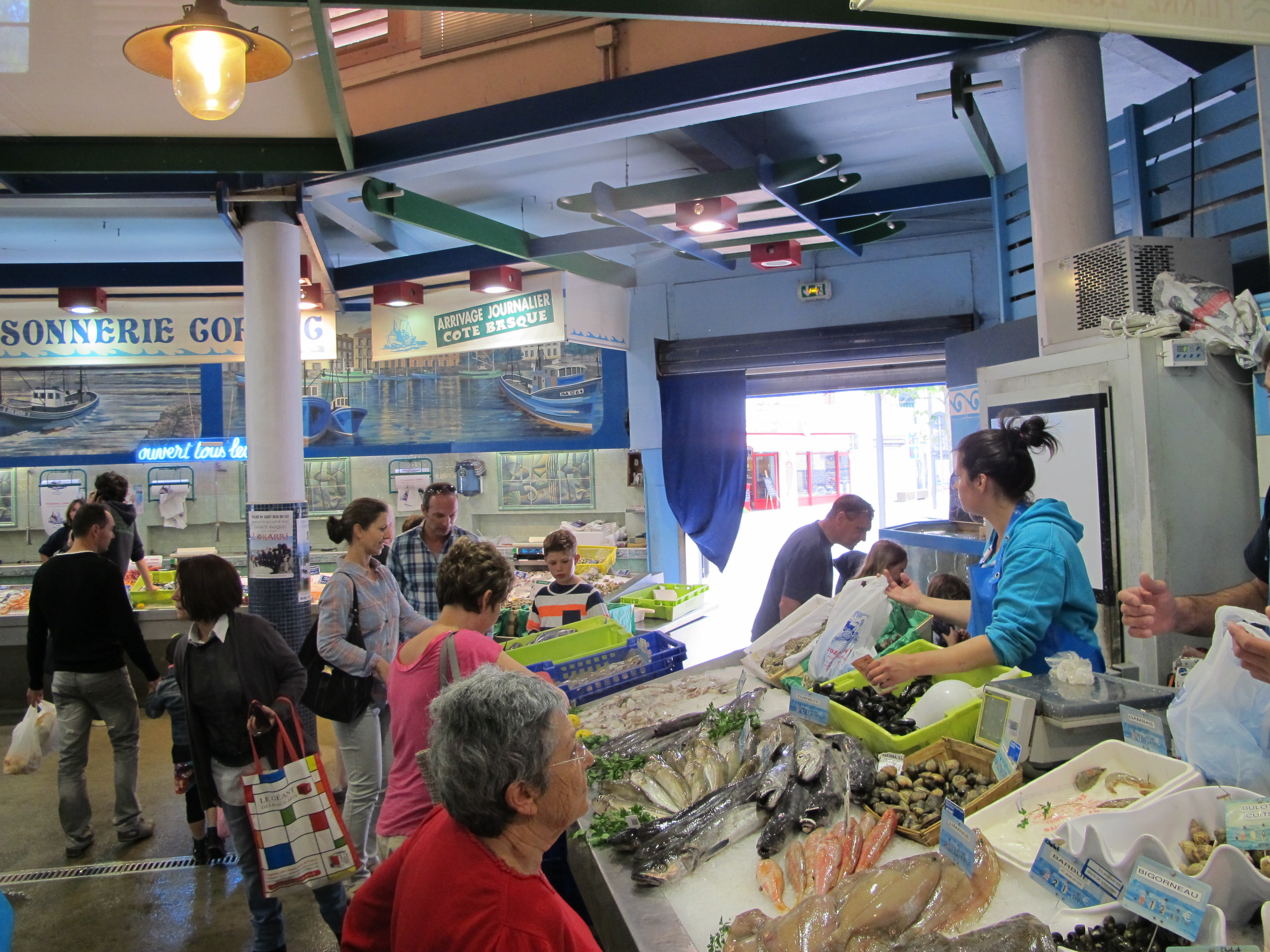 After a tour of the market I would definitely visit the tourist office, which is in front of the market hall (20 Boulevard Victor Hugo, 64500 Saint-Jean-de-Luz). The tourist office has versatile information on the Côte Basque. Here are hints to the typical Basque events such as Pelota, Cesta Punta (Basque ball sports) and Force Basque (Basque competitions of lifting stones, chopping wood, throw straw bales, etc.).

Strolling through the Rue Gambeta should be a must while visiting Saint Jean de Luz. In the high season, it is recommendable the morning after 10.00 clock, around noon it fills the beautiful promenade considerably. 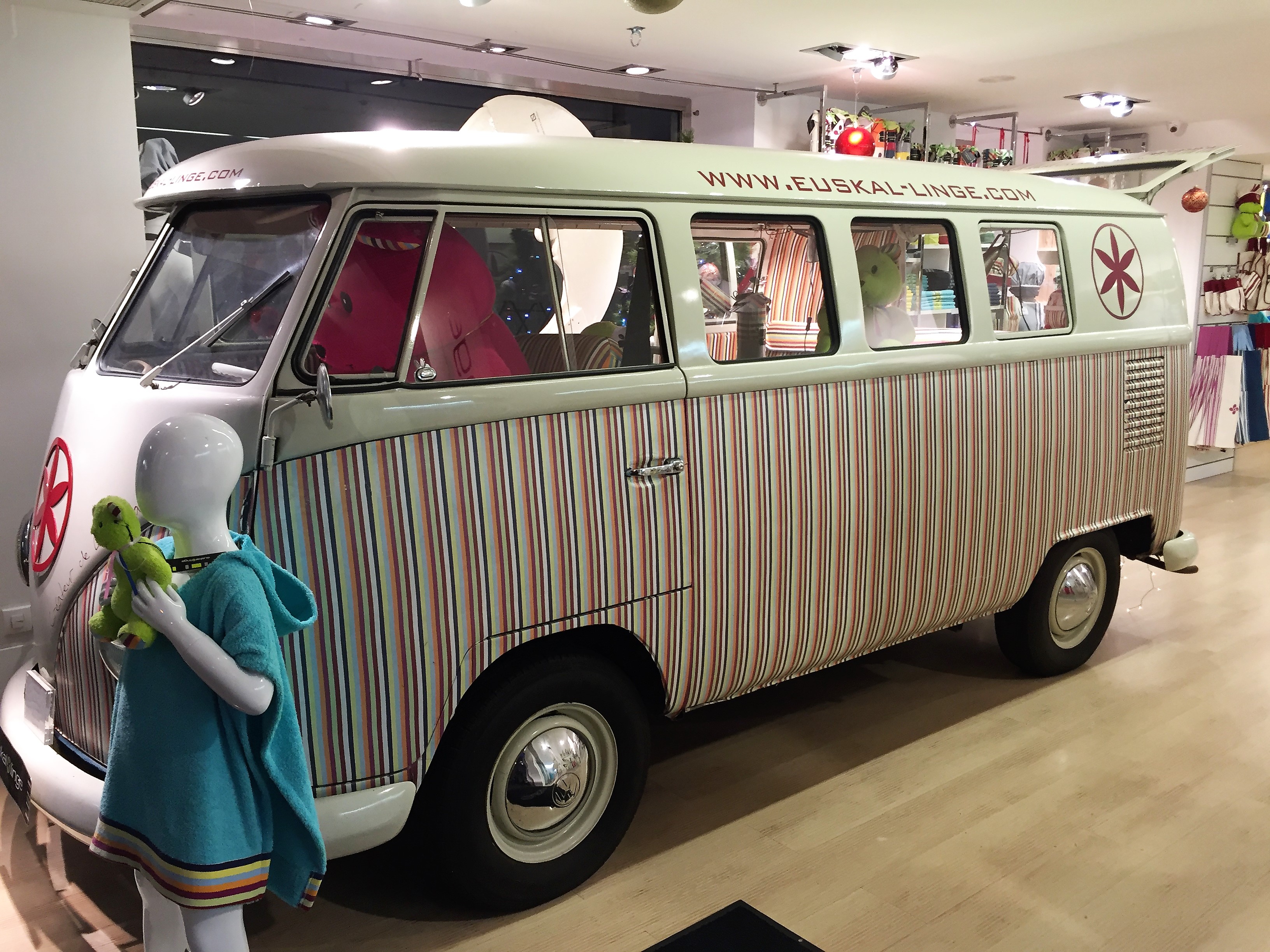 A shop of basque tissue at the Rue Gambetta

Have a break at Txomin for an icecream or even a goufre. Walking along the Rue Gambeta towards the port, you pass the extraordinary church (where Louis XIV was married) and finally land at the Place Louis XIV. A very nice square with a pavillon, in summer often with music and at the weekend the local painters show and sell their paintings. 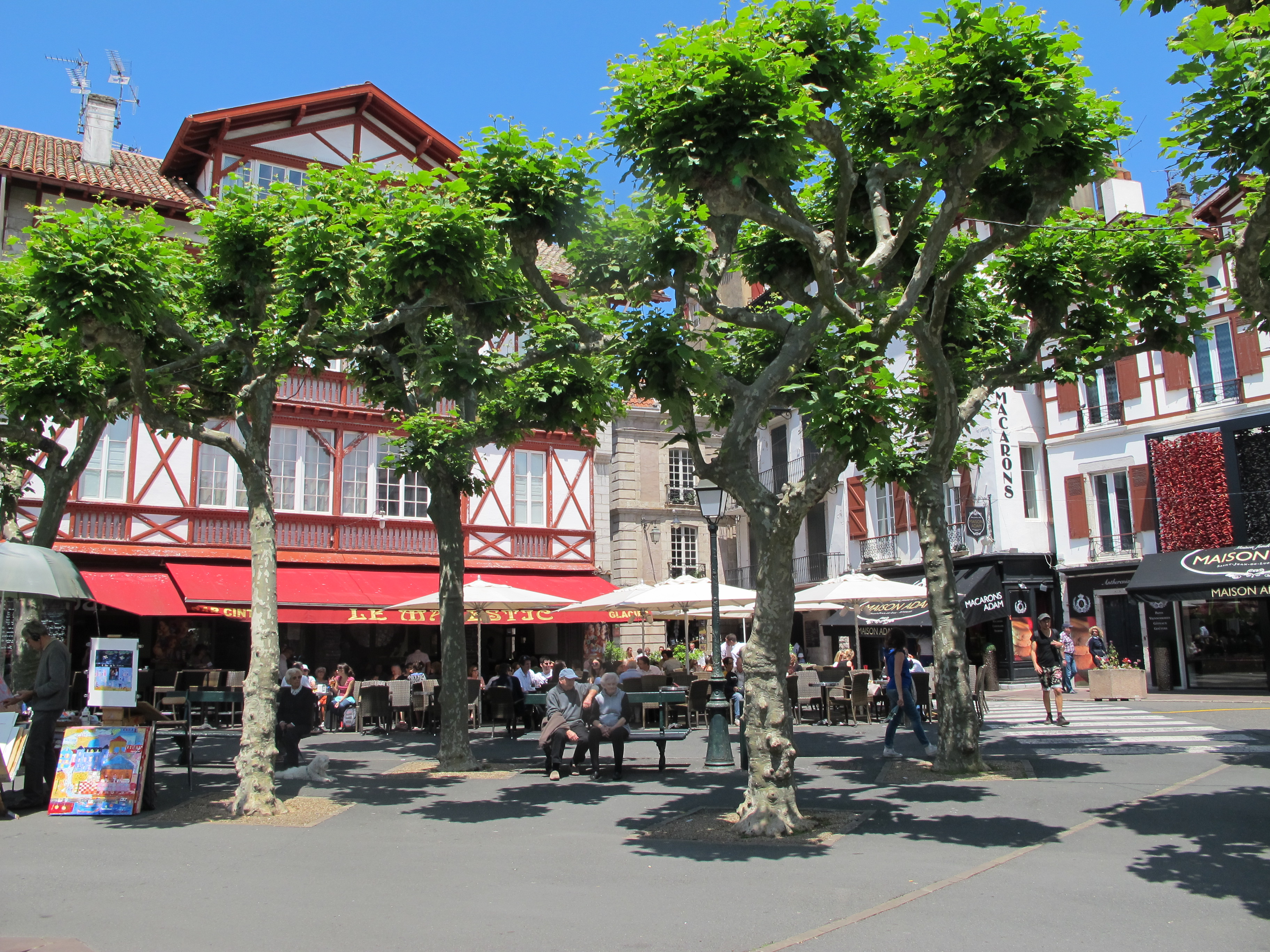 From Place Louis XIV, it may still be 150 meters to the Grand Plage at the bay of Saint Jean de Luz. In the bay there is also a Navette Maritime (a small boat) that goes from the port of Saint Jean de Luz / Ciboure to the Grand Plage and from there to Socoa and back. In front of the harbor there is also a small tourist train, a nice opportunity to rest and to visit the city. 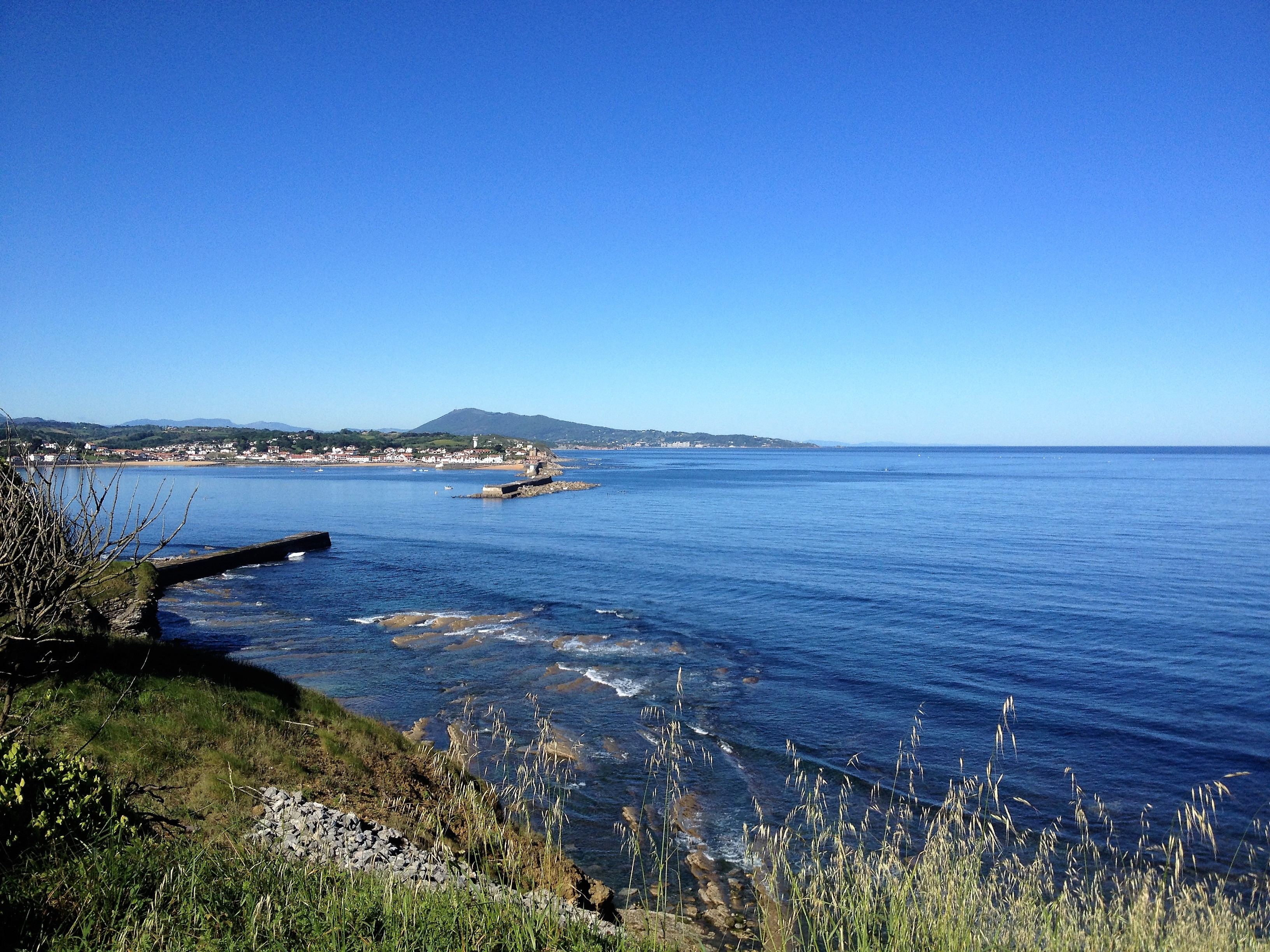 The bay of Saint Jean de Luz and Ciboure

I have described the beaches of Saint Jean de Luz in my blog: Beaches of the basque coast (Senix, Mayarco Laffitenia, Erromardi, Grand Plage). 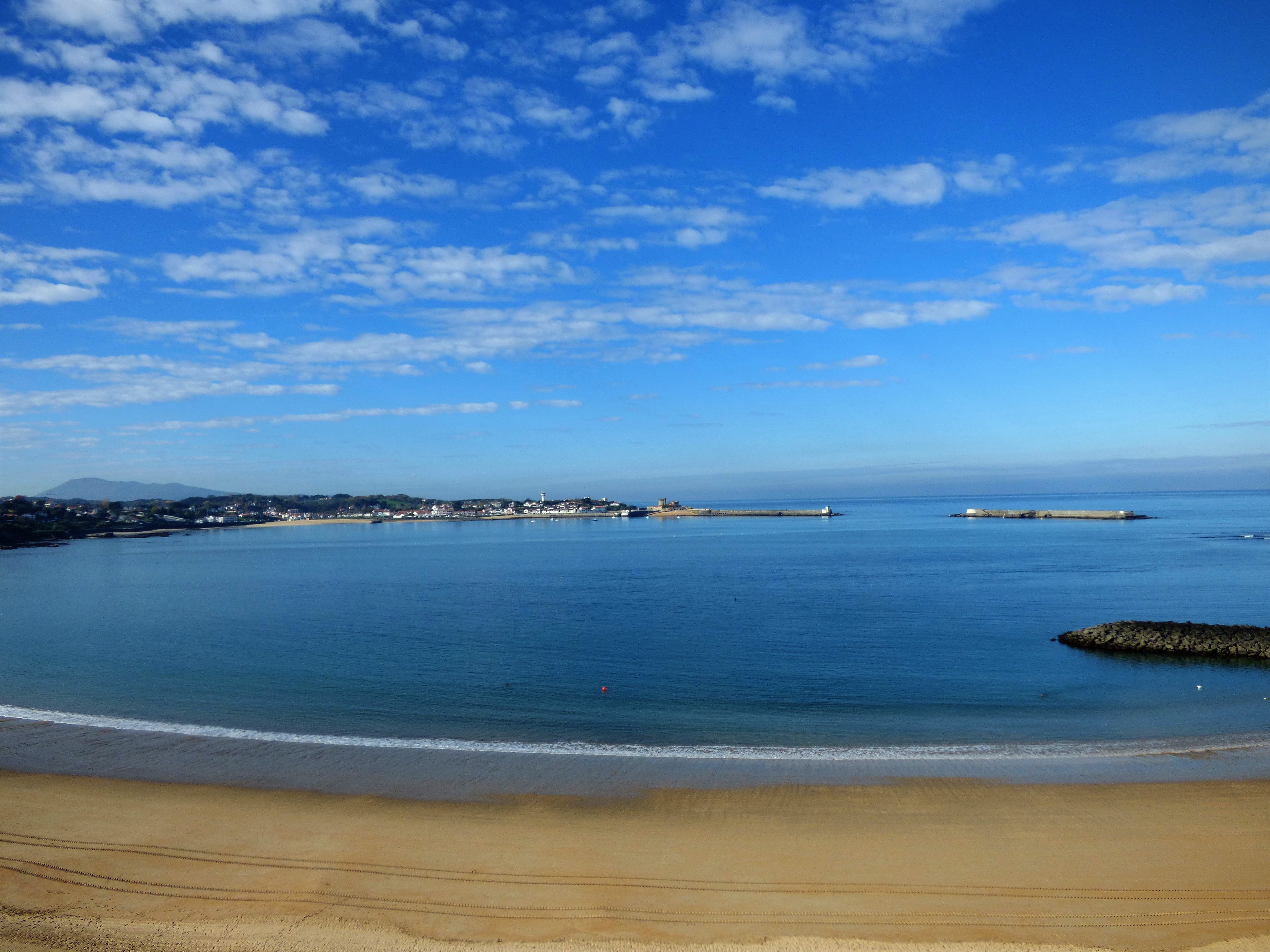 In my coming blogs about Saint Jean de Luz, I'll talk about the culinary offer, the great market, events and certainly the great history of this Basque seafaring town.