Bayonne the capital of chocolate

What makes Bayonne unique are the cobbled and narrow streets, the beautiful old town with its Basque half-timbered houses, the charming shopping mile, the spectacular facades along the waterfront of the Nive. Bayonne invites you to stroll around, eat and drink in the shade of trees and let the city take over. 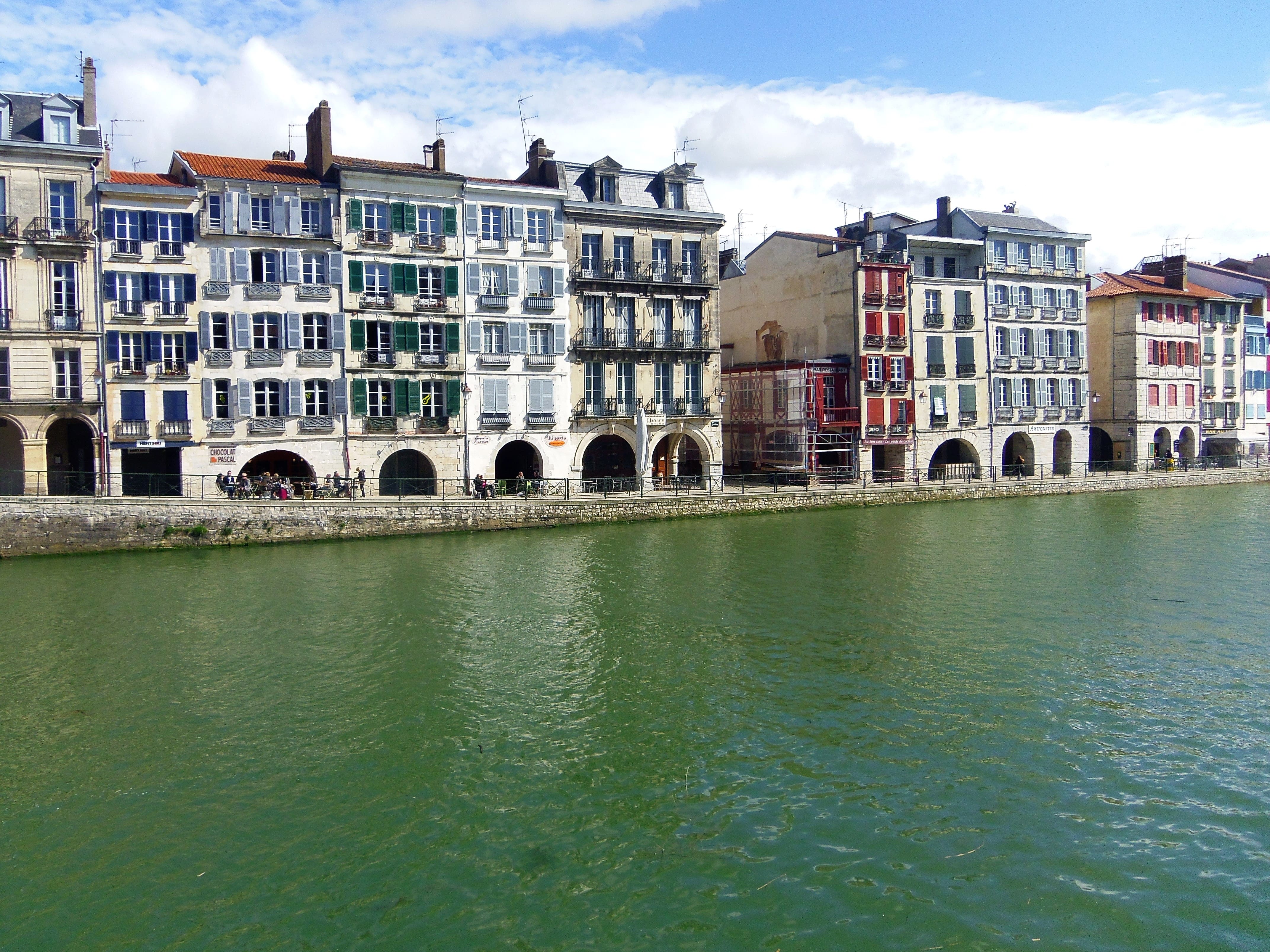 The shore of the Nive in Bayonne

On the other side of the Nive is the Petit Bayonne district with the Basque Museum of the History of Bayonne (37th Quay de Corsaires, basque museum). A manageable well-stocked museum with art, craft and tradition of the region. 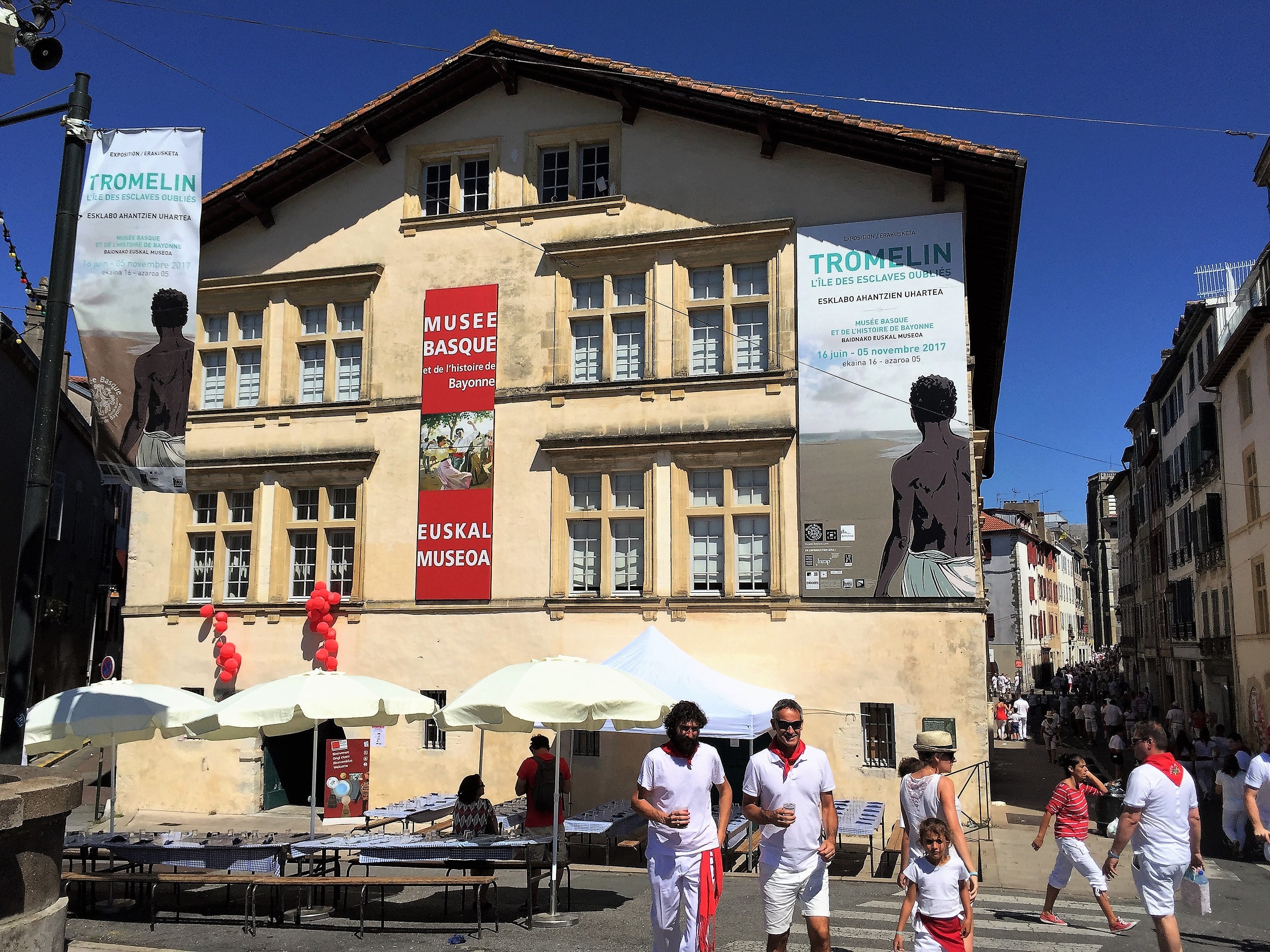 The city festival of Bayonne

The festival of Bayonne at the end of July (as you can see that Bayonne is the sister city of Pamplona) is a highlight in the region. The city resembles a sea of people in red and white. Anyone who has the opportunity to stay in the region at the end of July should take a look at this magic. Bayonne also has bullfights in the summer (late July, mid-August and early September), also here another parallel to Pamplona. 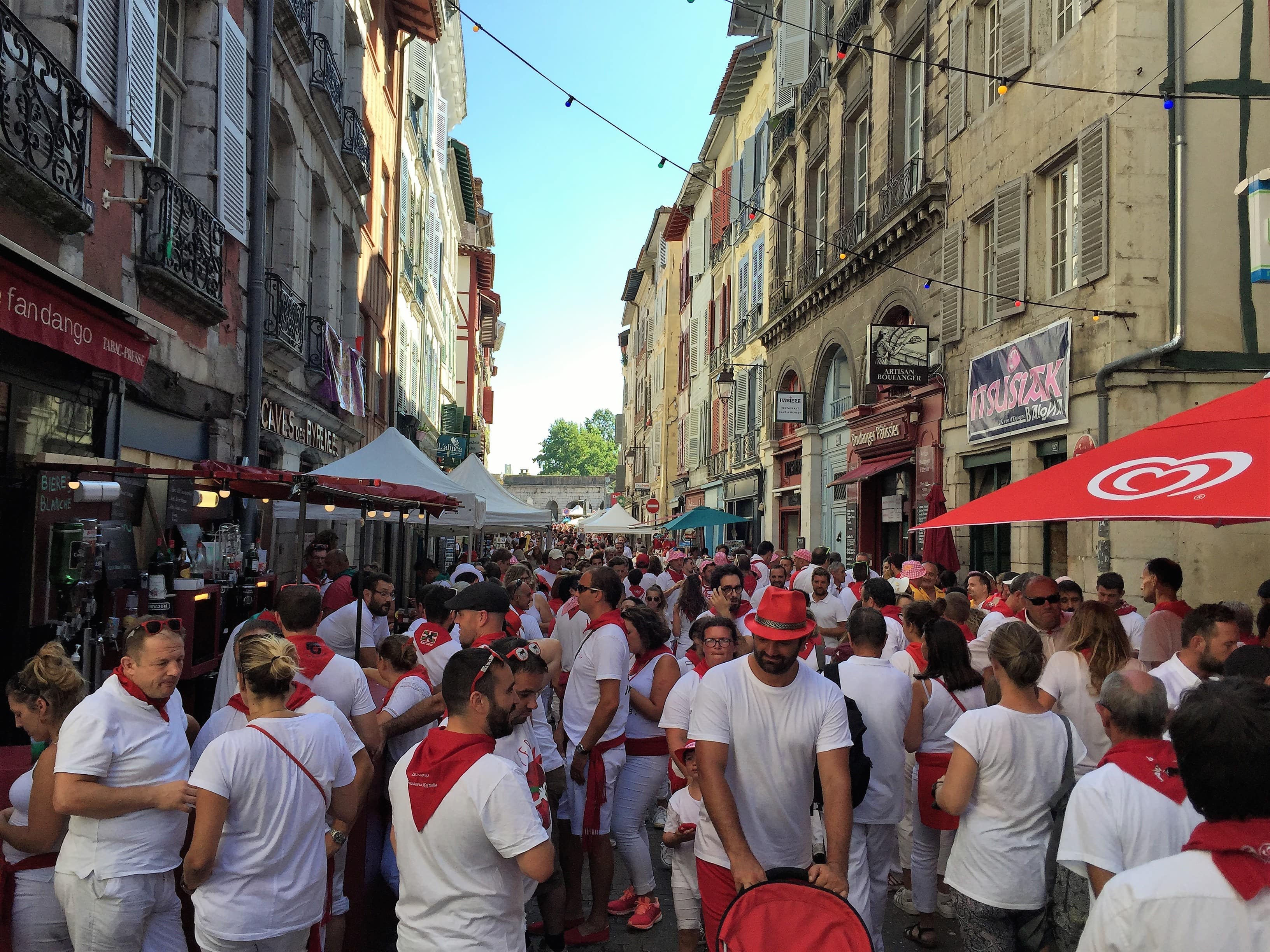 In the district of Gand Bayonne there are several public parking spaces. Once the car has been parked you can usually orientate yourself by the cathedral. The cathedral Saint Marie as well as the admirable cloister are built in gothic style. Other important sights include the Porte D'Espagne, the ramparts, the town hall and the market hall on the banks of the Nive. 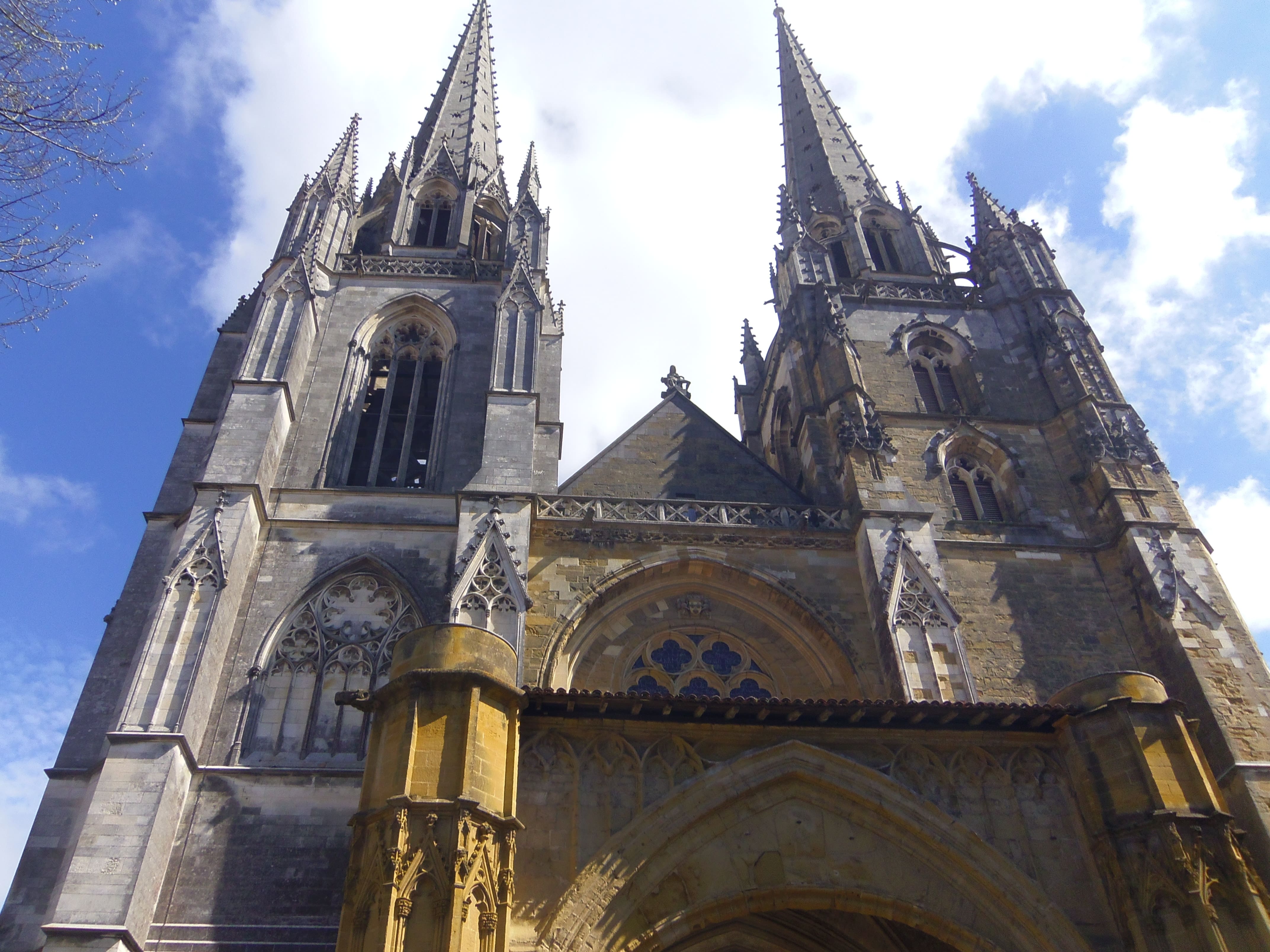 The history of Bayonne

The name Bayonne comes from the basque word Baiona, which means as much as a good port and points to the importance of the port of Bayonne. In Roman times the town was called Lapurdum, hence the name of the today French Basque region Lapurdi (the area stretches from Bayonne to Saint Jean de Luz).

After the Roman rule, it was the Visigoths, Basques, Franks and Normans who ruled over Bayonne. Bayonne was the cultural and ecclesiastical center of the region. The Bishop of Bayonne presided in 1660 the wedding of King Louis XIV with the Princess Marie Therese from Spain in Saint Jean de Luz (Saint Jean de Luz).

The impressive fortress walls from different eras, as the last strategic fortress in front of the Spanish border, point to the eventful history of the city. The then city gate "La Porte d'Espagne" was the main access to Spain.

At the end of the 15th century, due to the Inquisition in Spain, a Jewish population came to Bayonne and settled in the district of Saint Esprit (on the other side of the Adour river, there is also a synagogue). With the Jews came the recipes for chocolate to Bayonne and made Bayonne the capital of chocolate. The workshop for the production of chocolate can also be visited Artelier du chocolat. At the end of October, Bayonne celebrates its chocolate with "Bayonne Fête son Chocolat".

Although rugby with the team "Aviron Bayonnais" (http://www.abrugby.fr/) plays a bigger role than football in Bayonne, it should be mentioned that Didier Dechamps (as World Champion 1998 and currently coach of the French National team) comes from Bayonne.

Bayonne is probably better known for its ham than for chocolate, more information is available at the tourist office. There is also a free shuttle service to explore the city, all this and much more information at:

Apartments at the basque coast:

You will find on:

Great apartments in the basque country