La rhune the mythical mountain of the Basques

La rhune is also my local mountain, I see the mountain every morning, when I bring the children to school, when I go to my office and in the afternoon, when I pick up the children from school. My favorite route with the racing bike once goes from my home around the la rhune around 2 beautiful mountain passes and of course through Spain. I've already started up the mountain bike on la rhune, but the chain broke and I fell right on my nose. When descending on trails over hill and dale, I brought my mountain bike and me to the border area. So la rhune also has a mythical character for me. 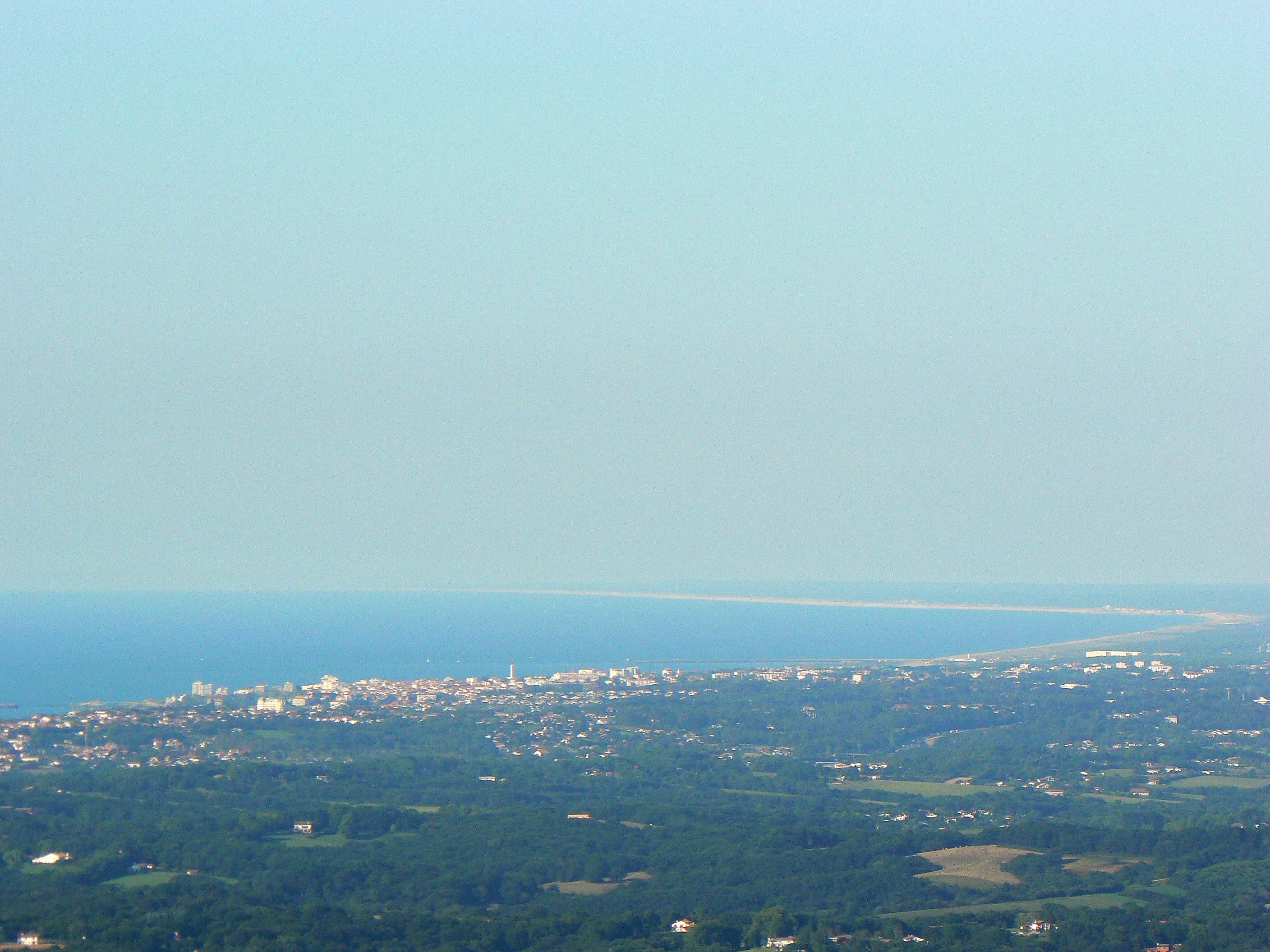 View of the côte basque and côte d'argent, hiking in the Basque Country and the Atlantic Ocean

One of our 4 apartments of our house Maison-Oyan is called Larrun (the Basque name for la rhune, which means as much as the stony or good heath), because of this apartment has a magnificent view of the massif. So as described, la rhune is home and favorite mountain. 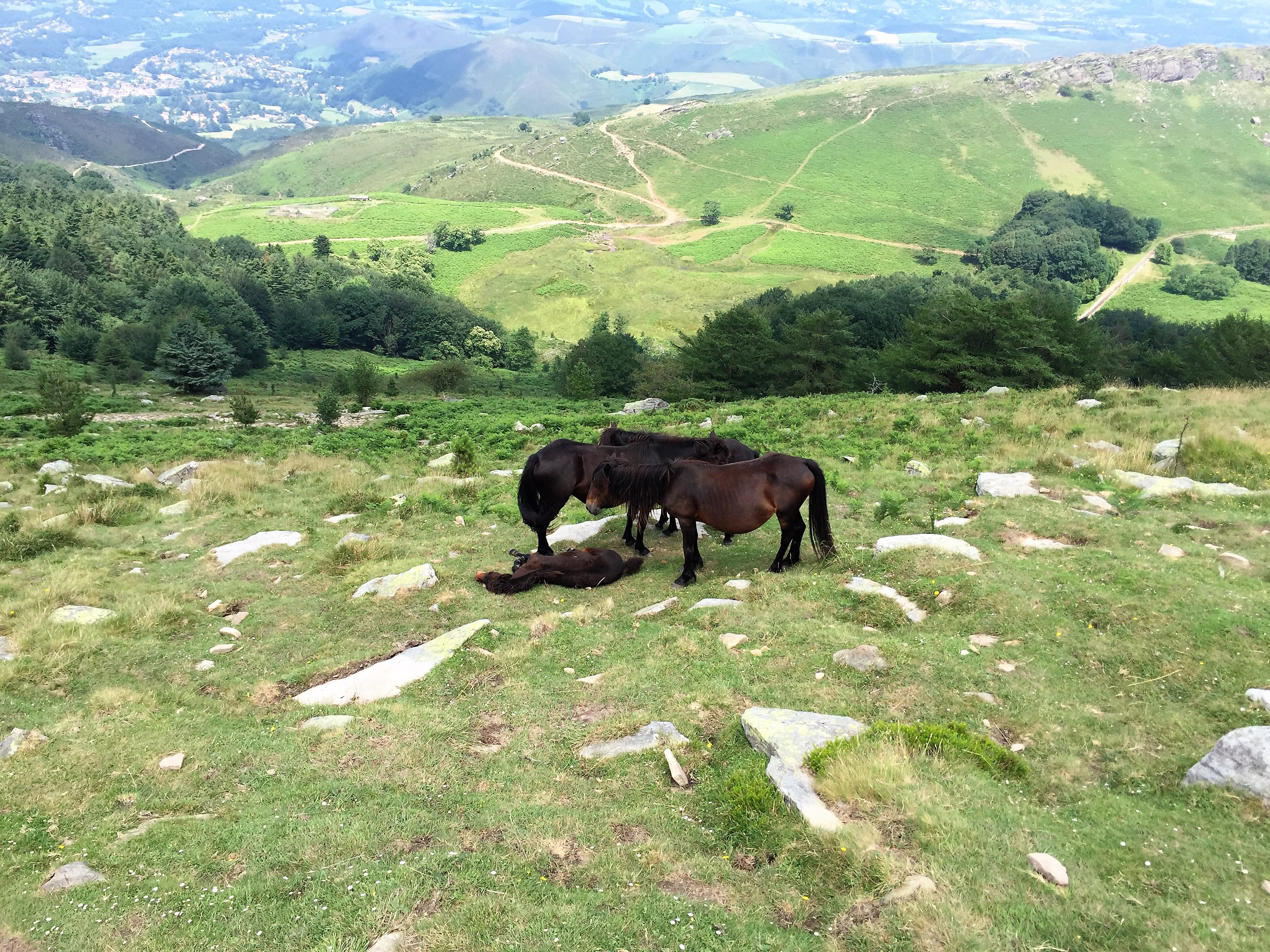 Pottoks on the rise, hiking in the Basque Country in the Pyrenees

The summit itself has a large television antenna and 2-3 ventas (mountain huts), Herbert Grönemeyer would probably sing the summit of la rhune so: "You are not beauty with your antenna, but you are the largest in the deep southwest". 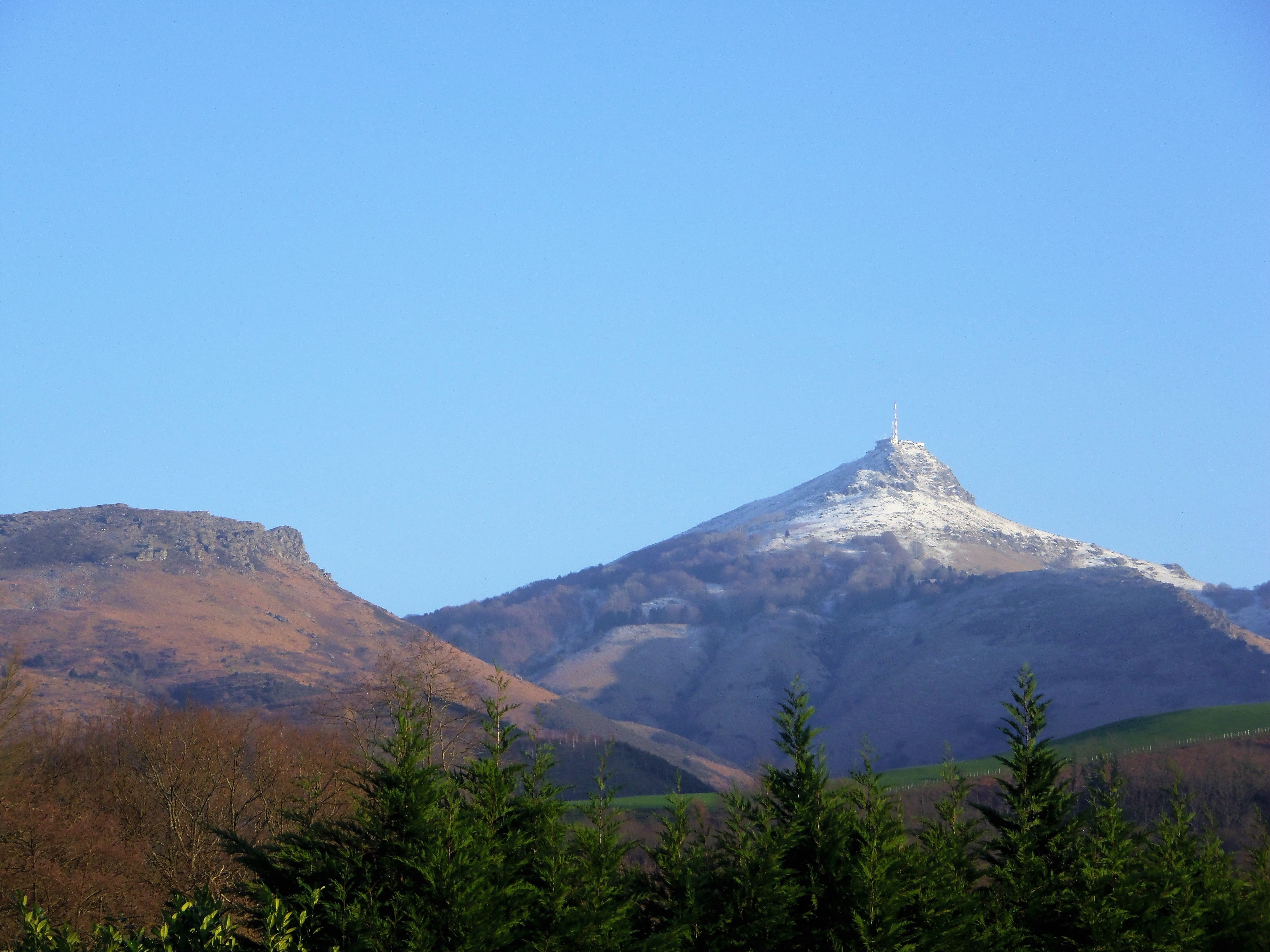 The way up to the summit is a great nature adventure. Be it by mountain railway or on foot over hill and dale. A very natural pasture landscape with sheep, mountain goats and the beautiful Pottoks (a Basque Ponyrasse, which live all year in the wild) and not to forget the imposing vultures with a wingspan of 2.3 - 2.8 meters. 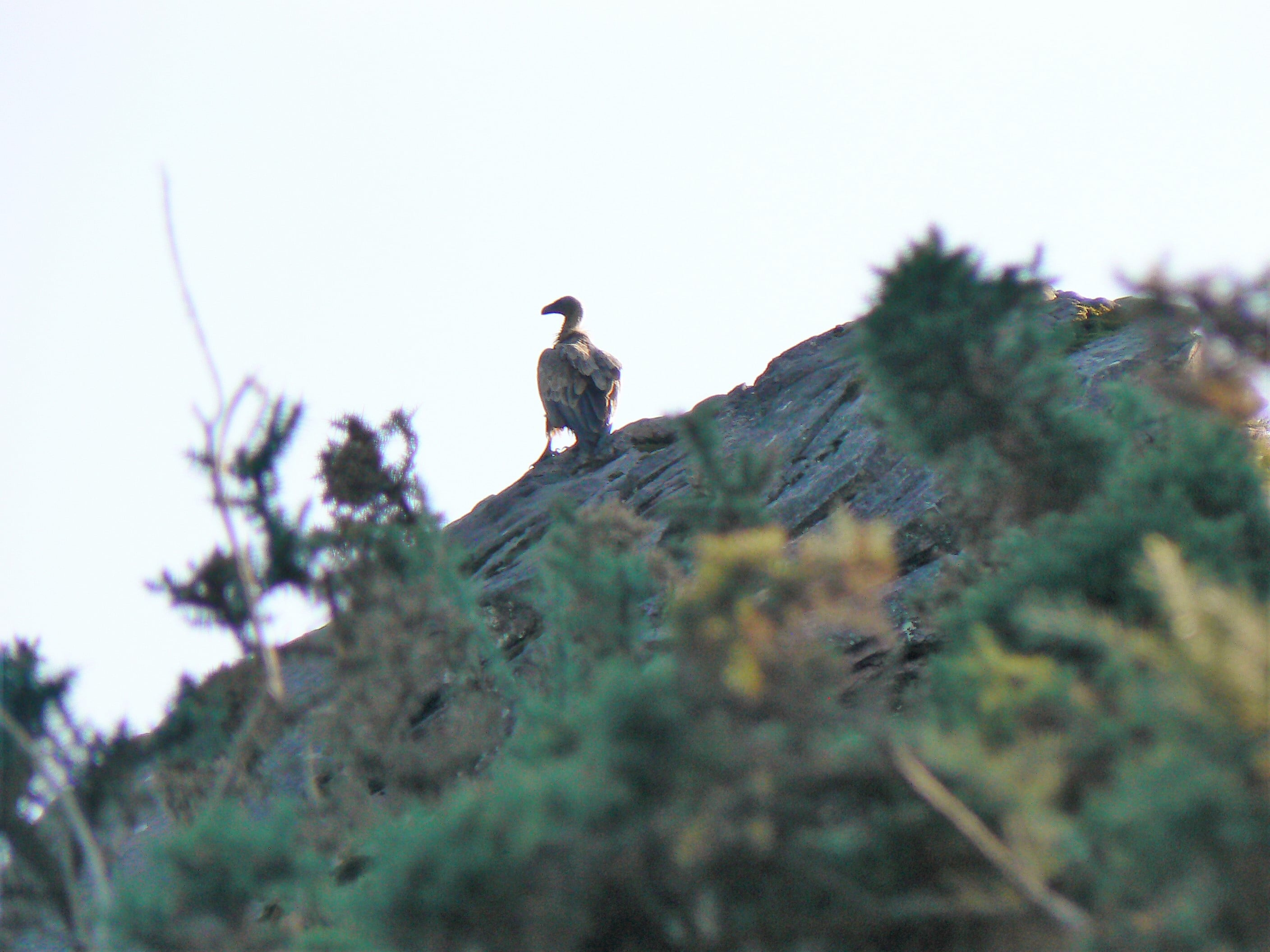 Vultures, hiking in the Basque Country and in the Pyrenees

Hiking in the Pyrenees: La rhune and its stories

From mythical creatures to witches everything is there. There are ancient tombs (stone tables or dolmens / Cromleche) which were created 2500 years before Christ.

Battles have also been fought on this border (as it is a strategic point). Last when Wellington with his English troops with Spanish and Portuguese support drove the French out of Spain. Even the German occupation forces had a bunker up there.

In modern times, the ascent of Queen Eugenie, who had spent the summer in Biarritz, was crucial to the region. Their trip in September 1859 on la rhune with the court society was a sensation at that time and probably also paved the way to open up this mountain and hiking in the Basque Country touristic. 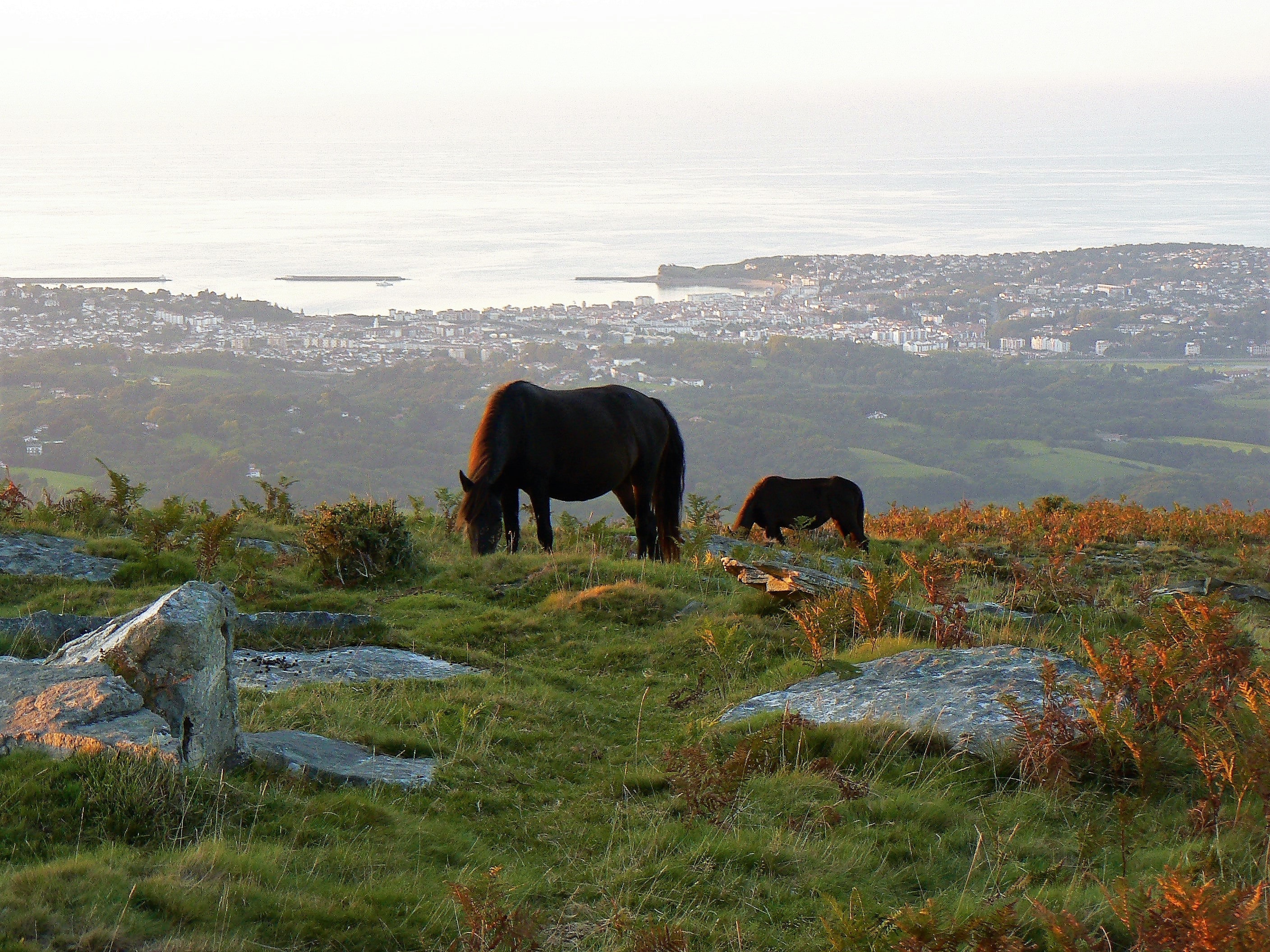 Pottok Saint Jean de Luz with in the background, hiking in the Basque Country and on the Atlantic Ocean

n 1924, the cogwheel railway was inaugurated and climbs the 905 m high mountain in 169 m (valley station Cole de Saint-Ignace) in 35 minutes. In the high season, however, it is important to buy the tickets in advance via the Internet.

Hiking in the Pyrenees: The ascent to la Rhune

Our hiking team were Geli, Tom and me. Tom and Geli are good friends and experienced Black Forest and Alpine walkers, who were very happy to climb the mountain from the Spanish side with me. Starting point was Olhette (a district of Urrugne), past the chapel, towards Benta Insola (Spain), then we left the Benta Zahar left and went up a climbing trail with many creek crossings towards Vera de Bidasoa until we hit the slopes, which leads from Vera de Bidaso to the summit. 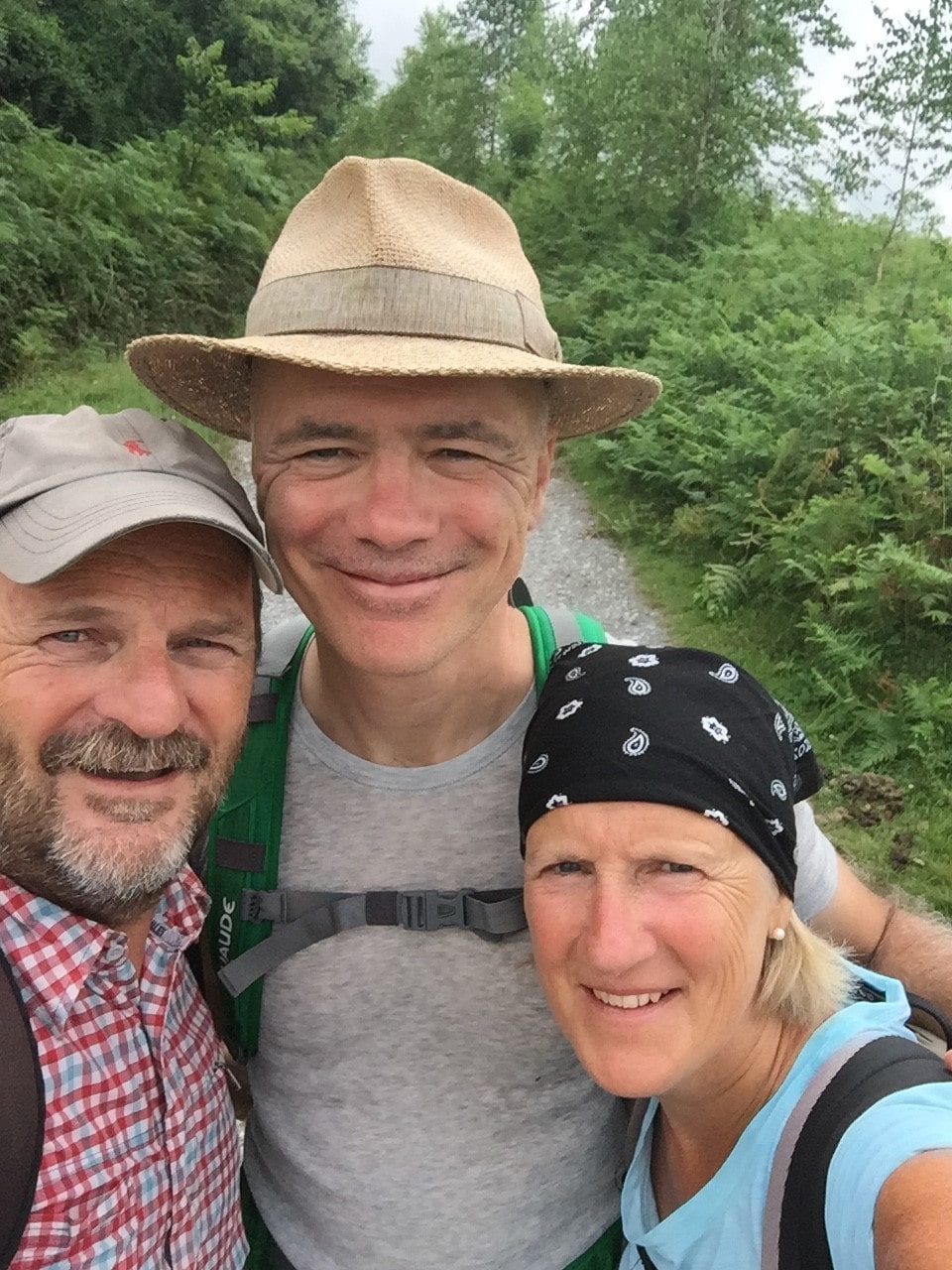 Picture from our hiking team in the Pyrenees

The slope is very steep at the end, but the path is wide and very safe. During the ascent, we met hikers just before the summit, as most hikers tackle the ascent from France. 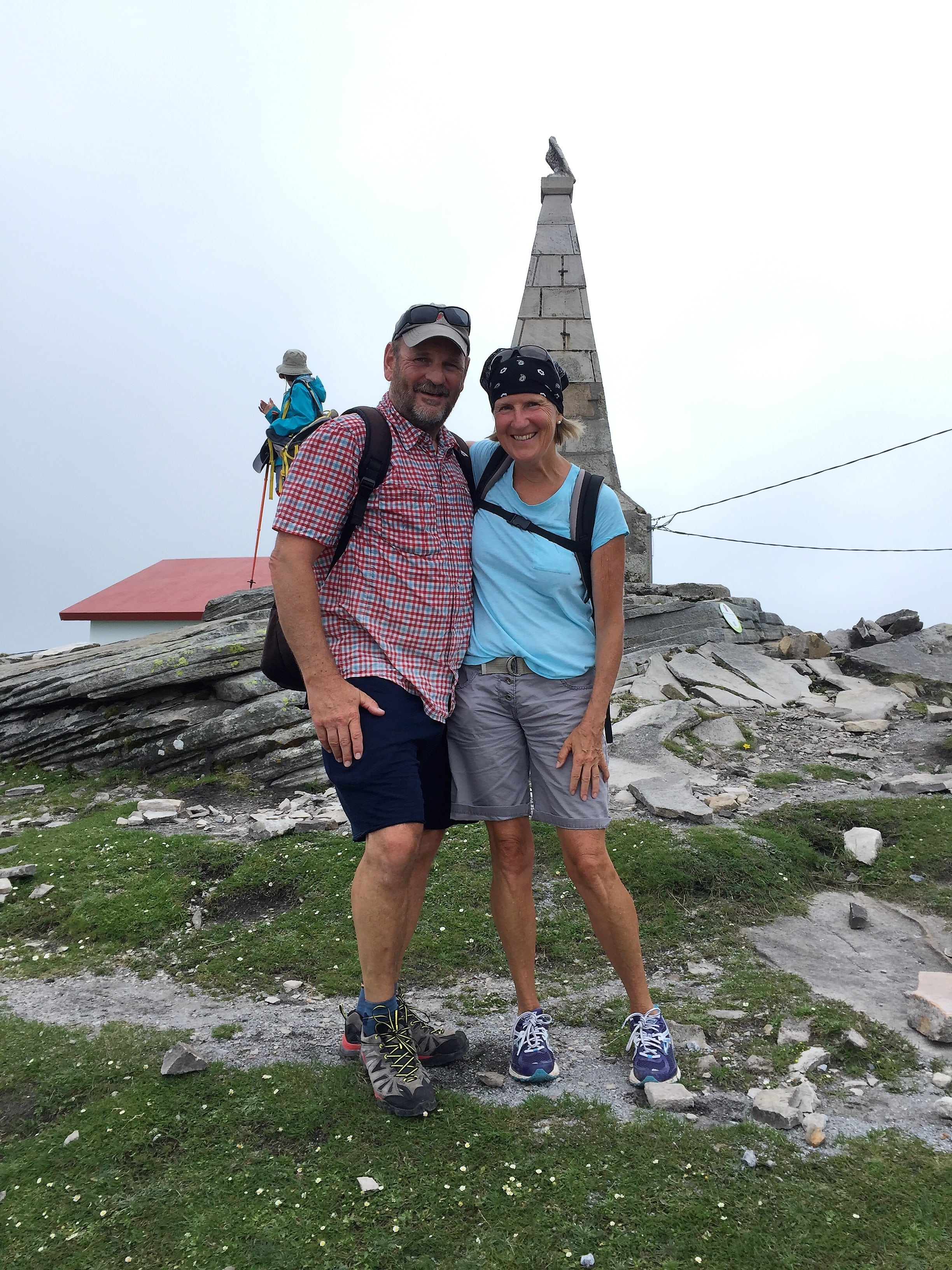 Summit picture La rhune Geli and Tom on the hike

Here are the details of our tour of the Pyrenees:

The ascent goes via Spain (near Vera de Bidasoa) on forest and farm roads to the summit of Larrun (about 3.5 hours).

On the Larrun drinks and food can be bought.

The descent goes over hiking trails back to Olhette.

Good physical condition is a prerequisite.

The last 200 meters are steep but on a paved path.

The descent requires a little surefootedness, because some stones and scree is crossed.

Great views of the Basque coast, from Hendaye via Saint Jean de Luz to Biarritz.

Overall, a great, exhausting and very nice Wanderun I can recommend, says a 61-year-old guest (Tom) with years of hiking experience, as well as his wife (Geli).

More information: "Le guide de la rhune" by Bernard Caminade, there are 6 different ways to la rhune described. More hiking suggestions can also be found on my page: Hiking in the Basque Country, here you will also find easier hikes that are very well feasible with children.

If you want to run my route, feel free to contact me. To be honest, hiking in the Pyrenees is not comparable to the Alps or the Black Forest. The signage is rarely consistent, but you have just more adventures. As I said, you can contact me, I also offer to go as a guide / guide.

Apartments in the Basque Country

Of course, you will also find the right apartment in the Basque Country. More information on: Ferienwohnungen bei Baskenreisen. We are happy to advise you personally by phone.