Ride a bike in the Basque Country

I still remember the Basque racing team Euskatel, which always caused a sensation in the Pyrenees. Also in the Tour de France of 2018, a Basque has already won a stage in the Pyrenees. So there is a lot of cycling enthusiasm in this region. Here in the French Basque country there are countless beautiful routes for road cyclists and mountain bikers. You should inform yourself in advance with maps or on the Internet. You are also welcome to contact me (Steffen Heckmann, info@baskenreisen.com).

There is also a marked bike path on the coast in the French Basque Country. Unfortunately there are not many cycle paths in our region, but the perfect terrain for road cyclists and mountain bikers. In the neighboring province in the French department landes, so from Anglet direction Bordeaux, there are many flat bike paths through the vast pine forests. San Sebastián now has many bike paths, you can also explore the city by bike.

The decision of the Tour de France 2018, fell this year in the time trial in my neighboring towns between Saint-Pée-sur-Nivelle and Espelette. 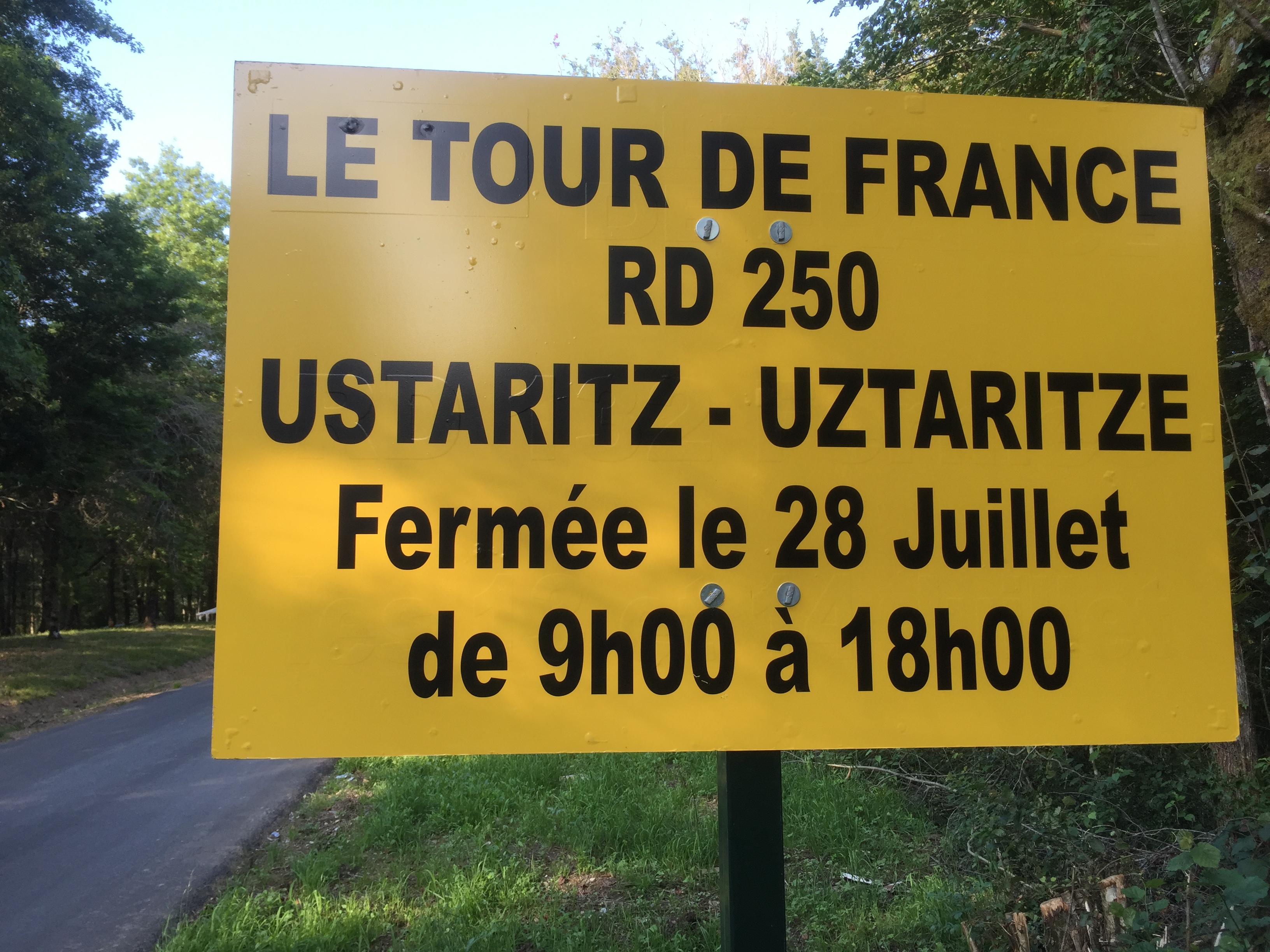 At the roadside were already the first campers, although it was still 3 days to the big event. The campers were already sitting in their chairs completely relaxed and hard of things to come. A woman cheered me on and later 2 dogs barked after me. So I was fully motivated! The drive to Souraïde was also rather wavy and nice to drive. 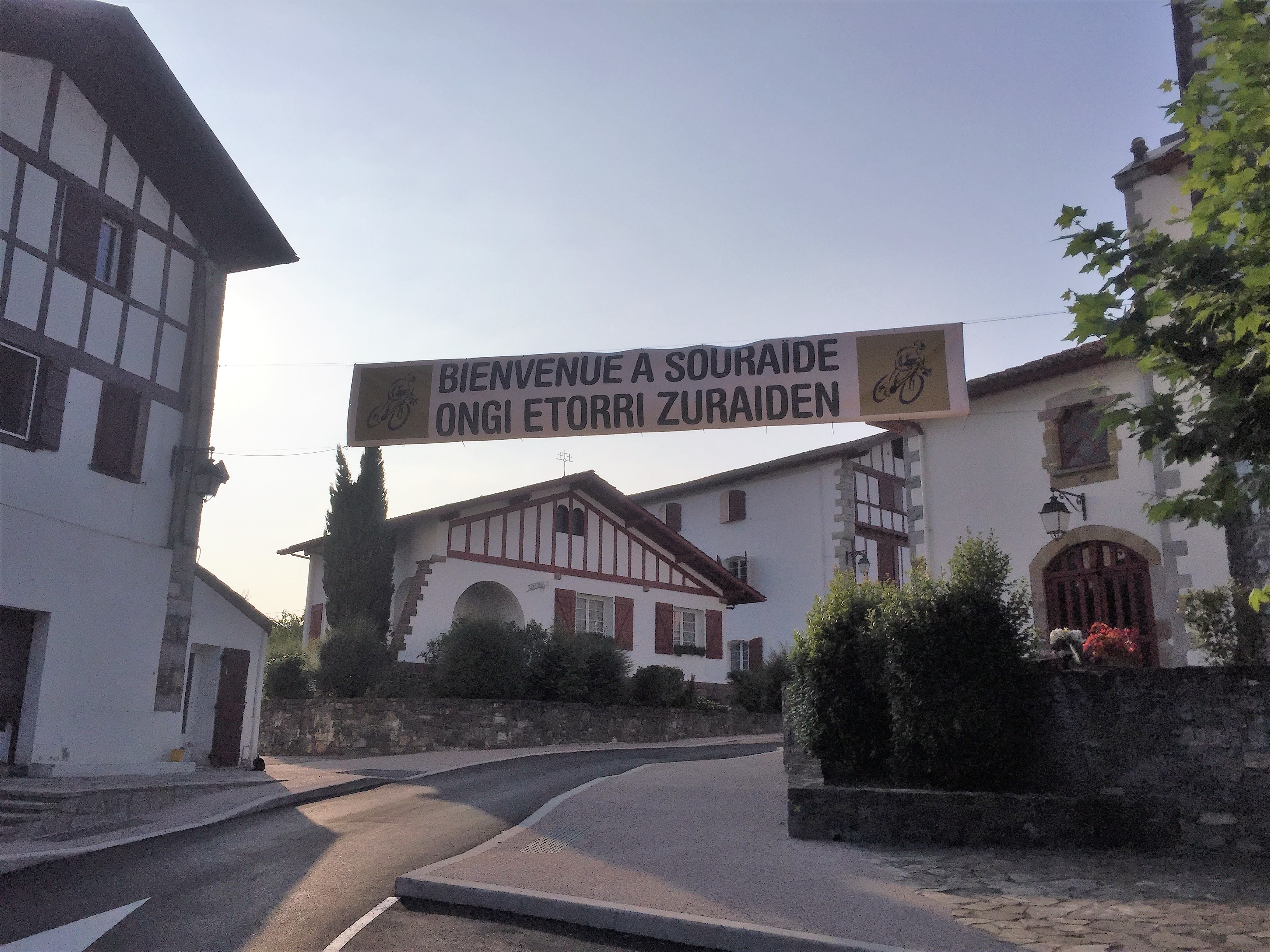 The real challenge was then in Souraïde itself, there is then a loop with sensitive ramps driven. In Souraïde there are felt more ramps than sheep. The blast is then the last mountain from Souraïde to Espelette (900 meters with an average of 10%), I had to brake before the first and worst ramp (21%) because of two stupid quad riders and suddenly stood in the ramp, I thought I was crazy it's just the necklace or my calves, or I'll collapse. That's why it seemed to me the best, for the first time in my life on a mountain from the road bike and 100 meters to walk, then I drove in a zigzag course up to the Col de Pienodieta. 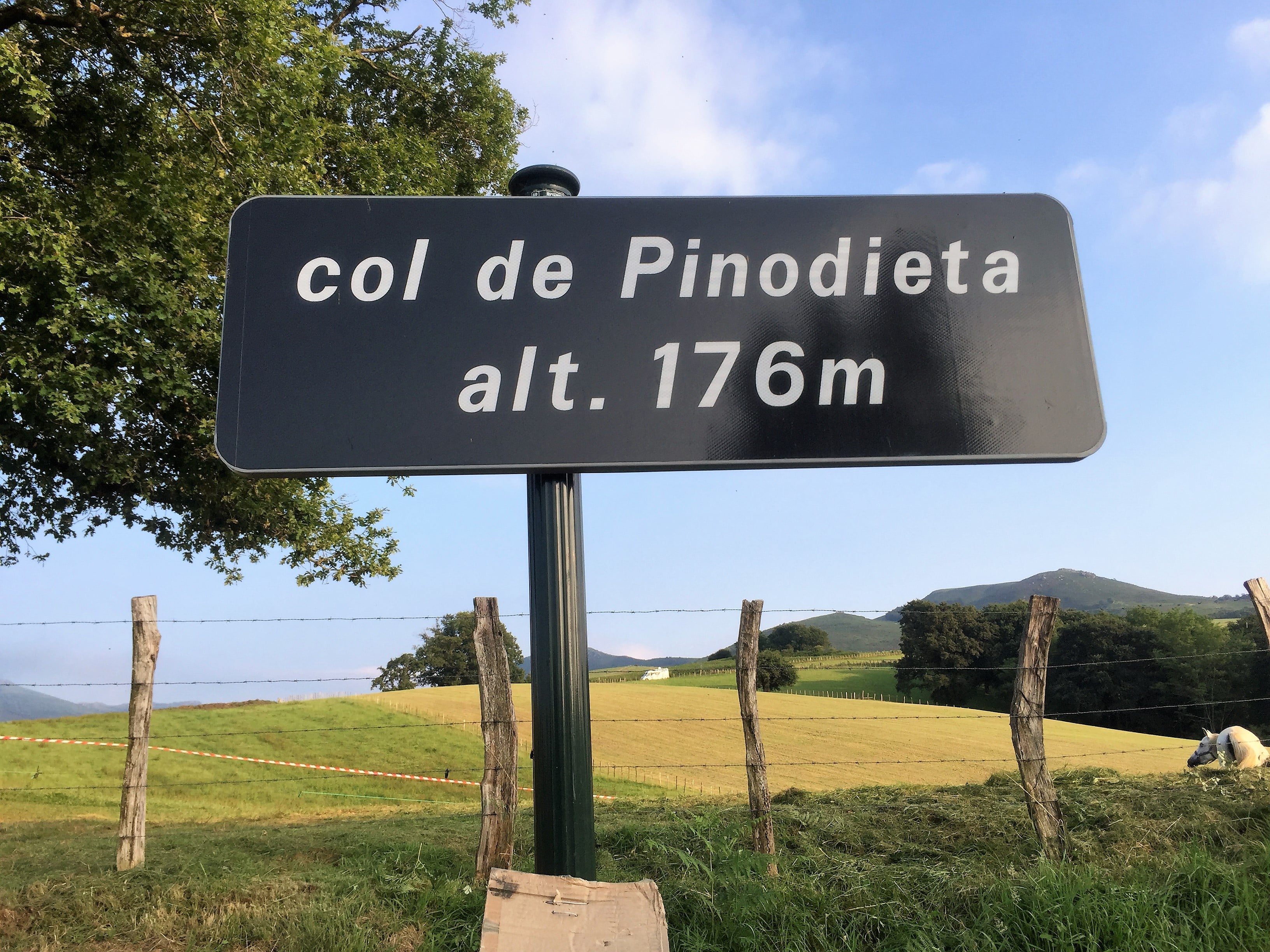 Picture Col de Pienodieta, I came, saw and got off, cycling in the Pyrenees

Then it's just a descent and a quick flat piece to the finish line to Espelette. Espelette is actually more known for its pepper than for cycling. 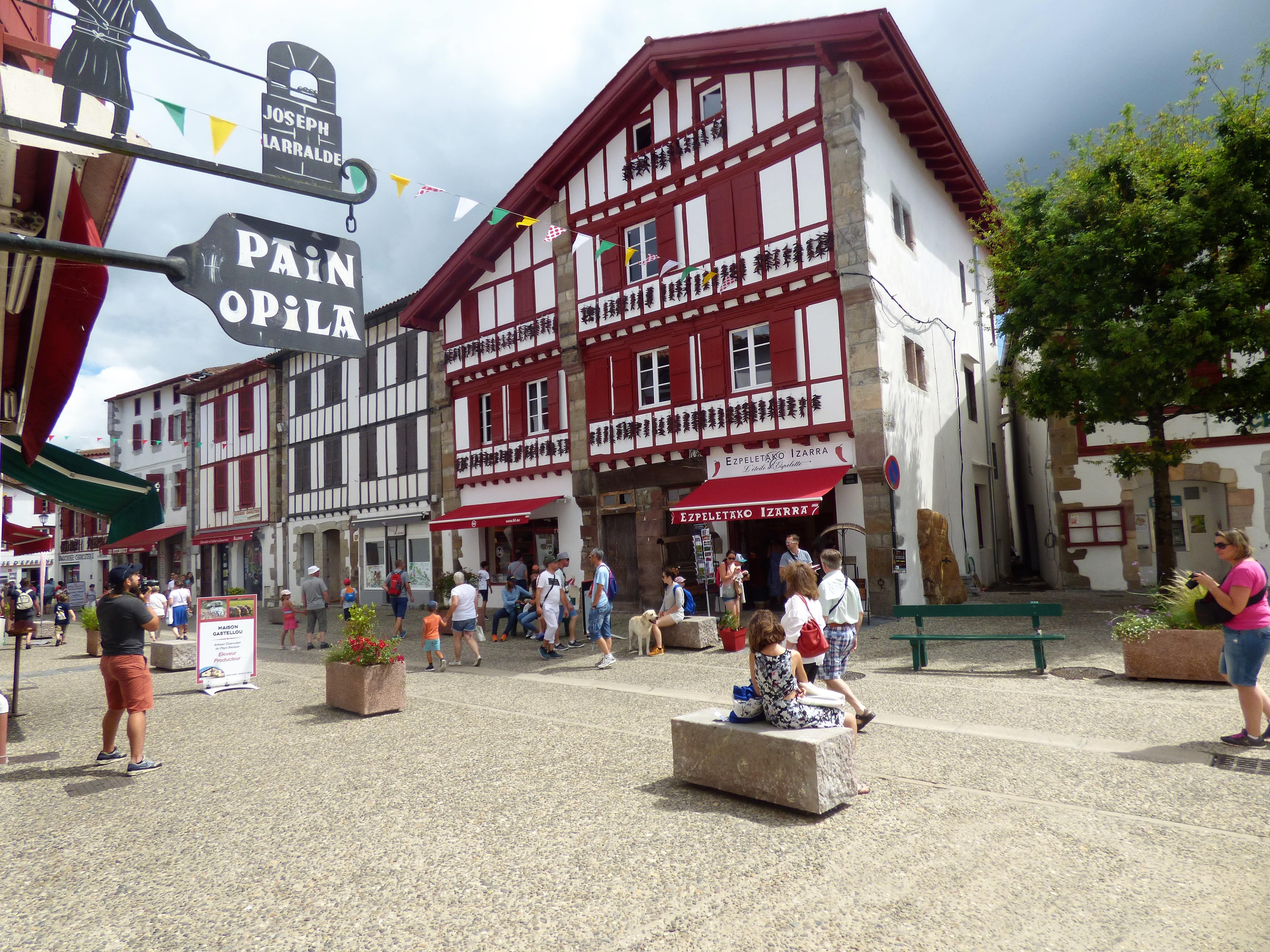 Espelette, where pepper grows, cycling in the Basque Country

Relaxed cycling in the Basque Country Driving home to Urrugne

The drive home was my personal trip to the Champs-Elysée. From Espelette to Olhette / Urrugne I had more than 20 km, which was a pure pleasure despite tired legs. The Basque Country was at its best. A light breeze, evening sun, it was quiet except a few tractors hay home.

The really nice things in life do not cost money, just passion!

The day of the time trial, the live impressions

On 28.07.2018 I wanted to experience the live experience of the tour. I left the car in Ascain and cycled with my son to Saint Pée sur Nivel. The time trial had already started, everything was much more relaxed than expected. There was really some space everywhere, you could get through everywhere and even see the riders start from the ramp. 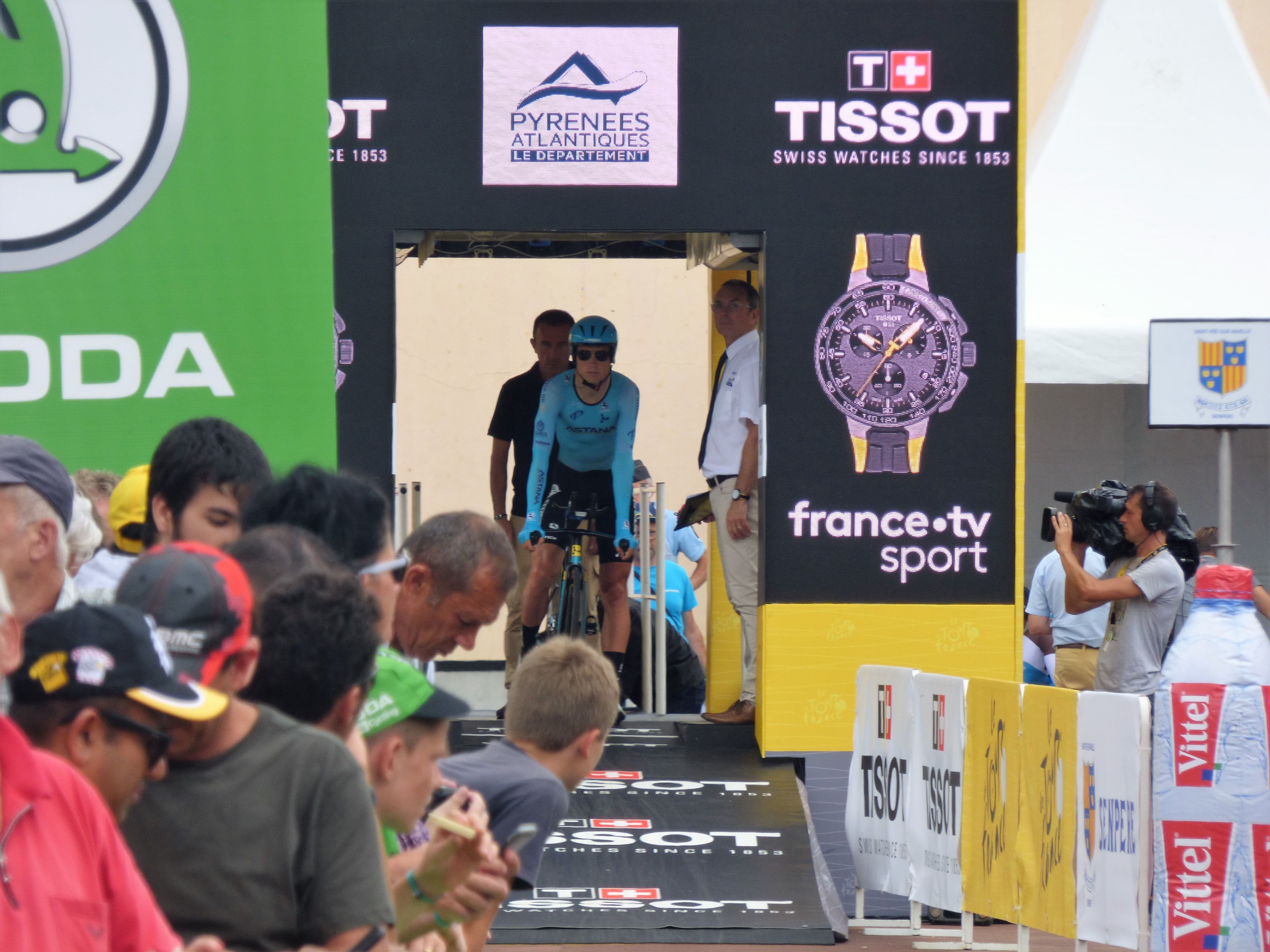 The mood was great. A great event to experience the best racing cyclists in the world so close to the competition

We then looked at the other drivers on the first climb and after 2 hours we drove home again. So we could follow the grand finale of the 4 best tourers on TV. 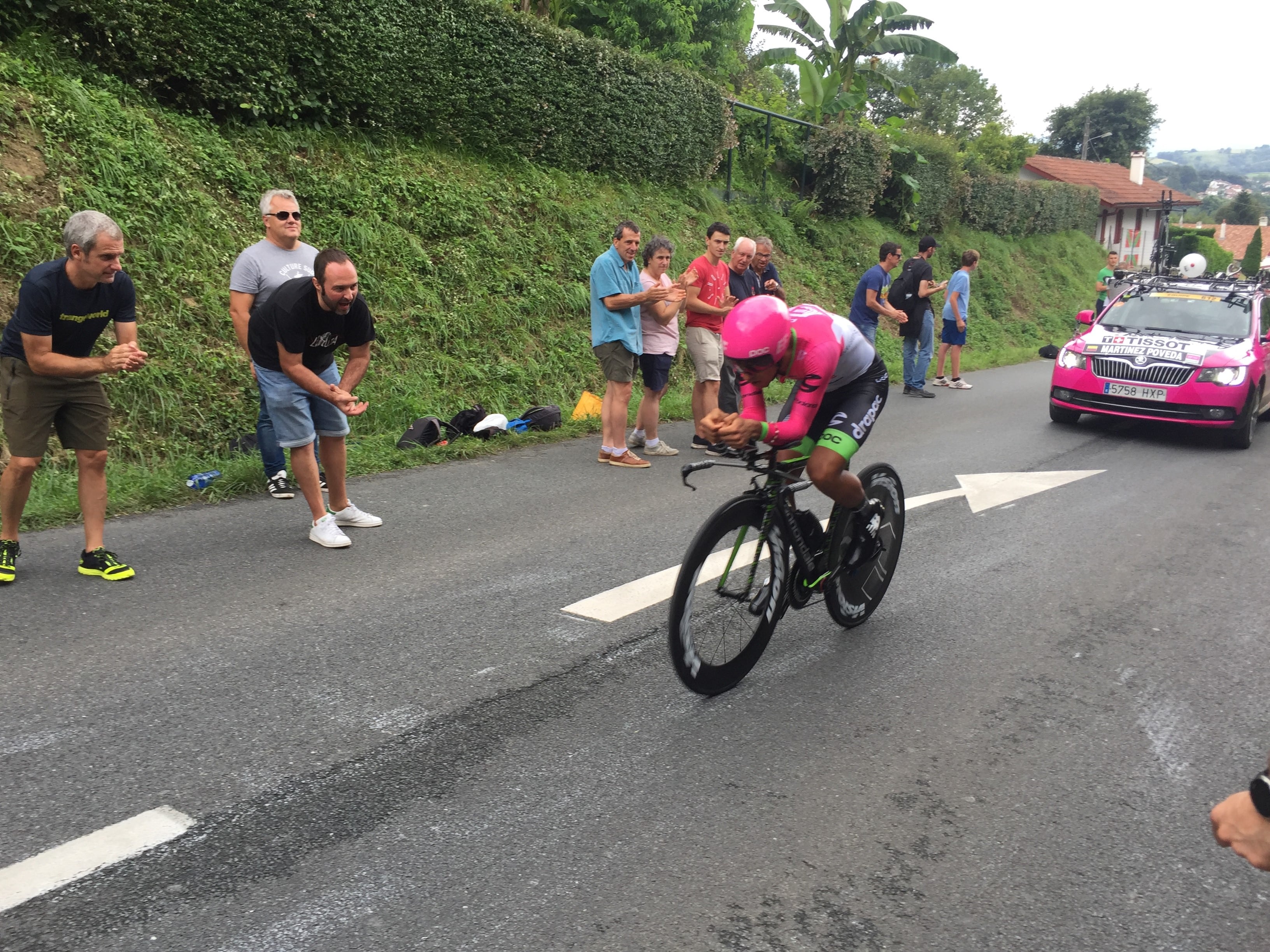 Cycling in the Basque Country

If you have questions about cycling in the Basque Country, feel free to contact me (Steffen Heckmann, info@baskenreisen.com). I am happy to accompany you as a travel and cycling guide in the beautiful Basque Country.

Apartments in the Basque Country

Of course, you will also find the right apartment in the Basque Country. More information: Holiday appartments in the basque country. We are happy to advise you personally by phone.